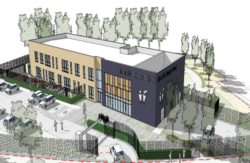 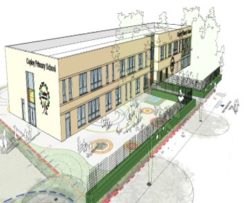 Over the past 10 years Calderdale Council has been reviewing and enhancing its educational provision. As part of this programme Furness Partnership has been involved in 3 projects from feasibility to construction which have ranged in value from £4 to £8.5 million pounds.

This current project involves the simultaneous replacement of 2 primary schools to increase capacity and include Designated Special Provision Units. Both new builds are taking  place on existing sites whilst the current facilities remain operational. Copley Primary school has been demolished and will be redeveloped to provide a recreational area for the wider community.

The projects have been carefully coordinated to allow the recycling of the demolished Copley Primary School  to provide infill for the Moorside project thus reducing costs and impact on the environment.

This project was chosen as it has many aspects which are relevant to projects which would fall within the framework :