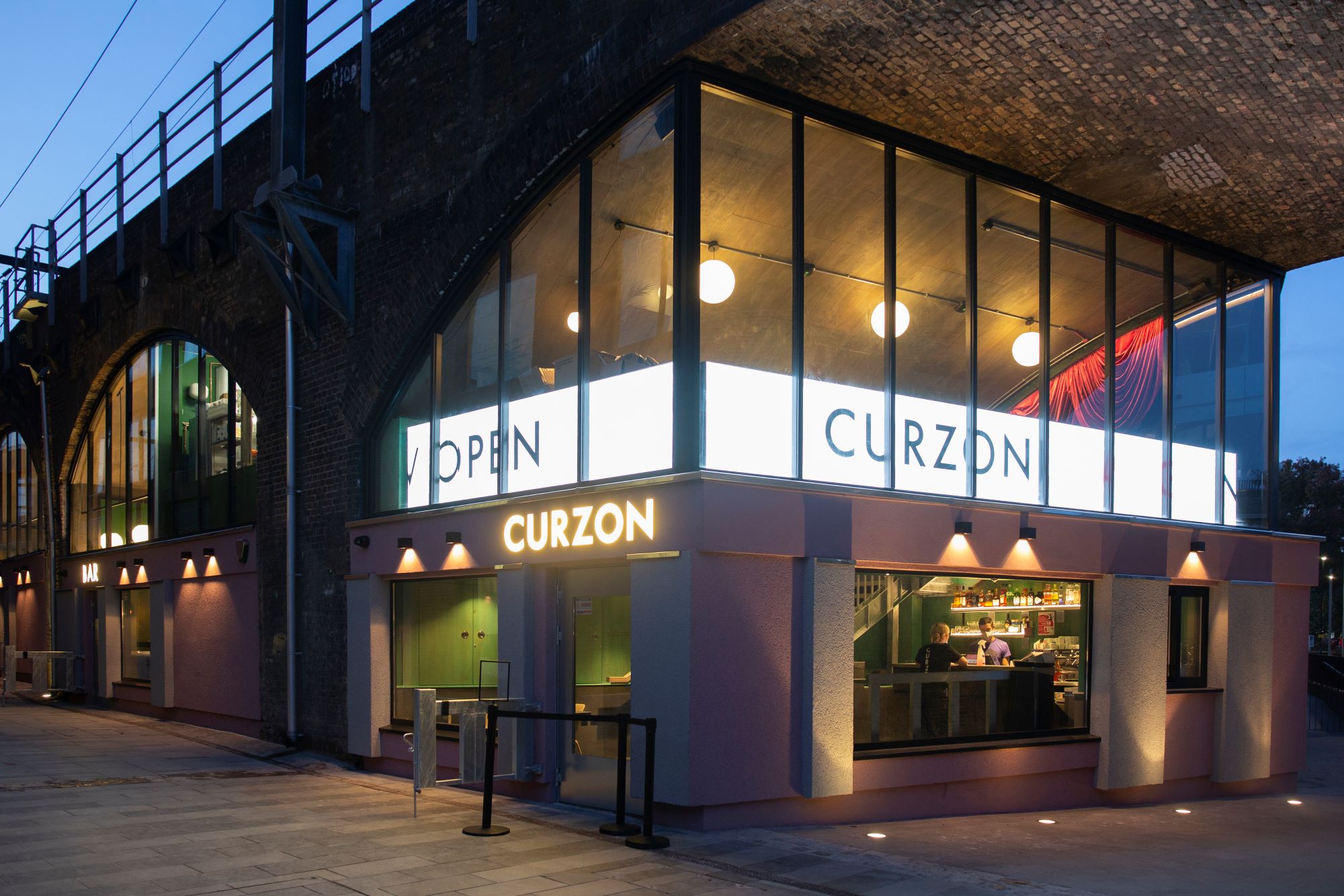 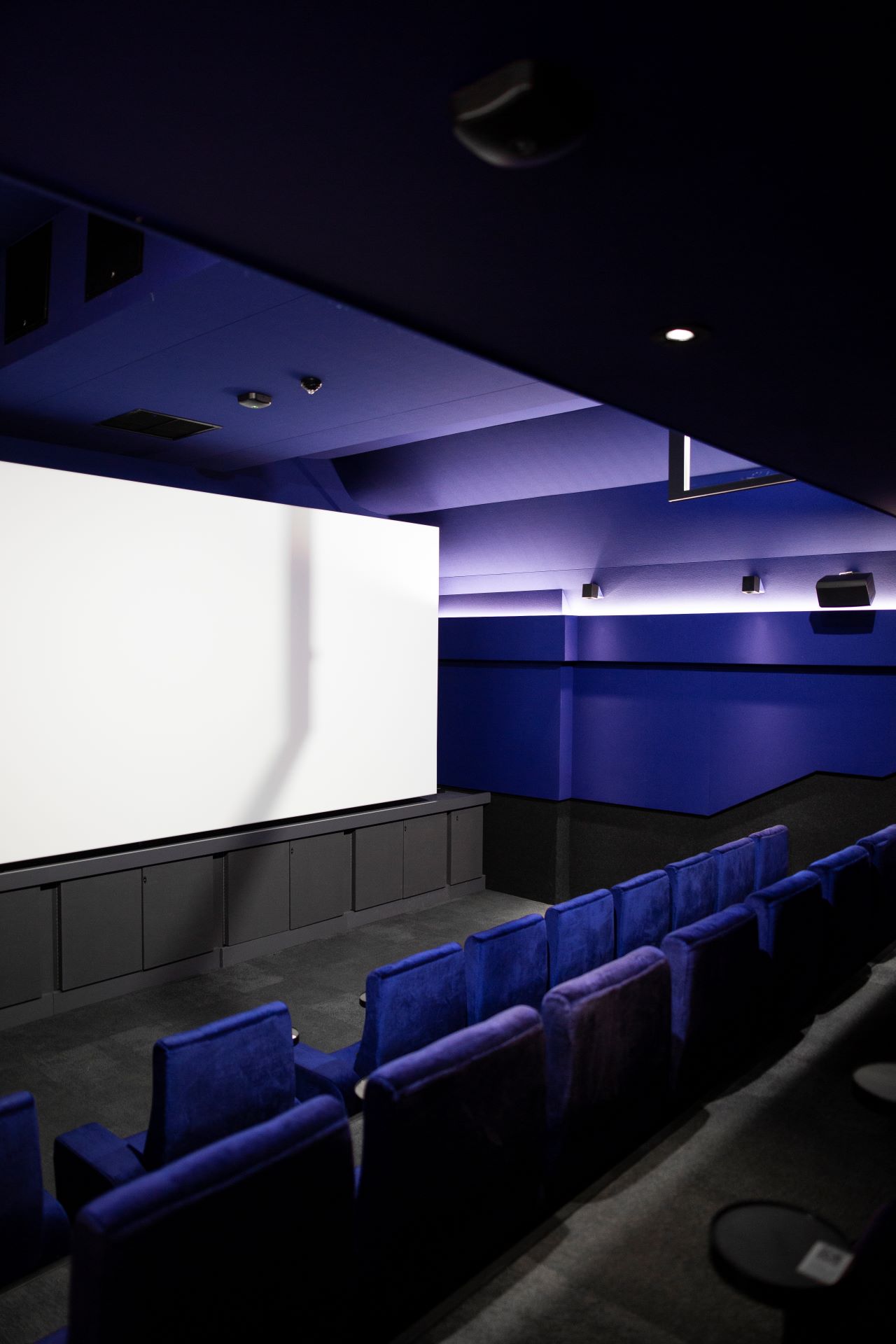 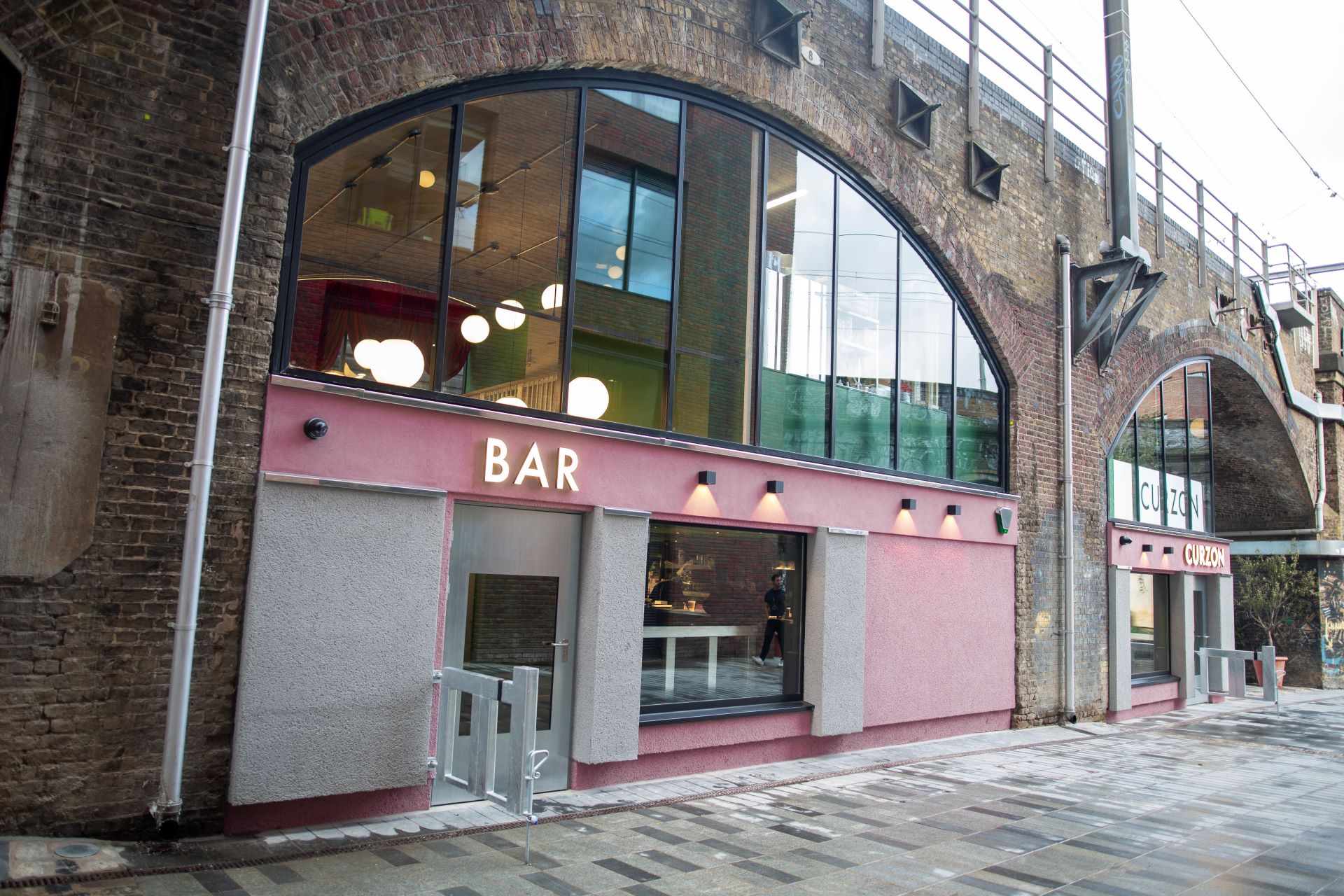 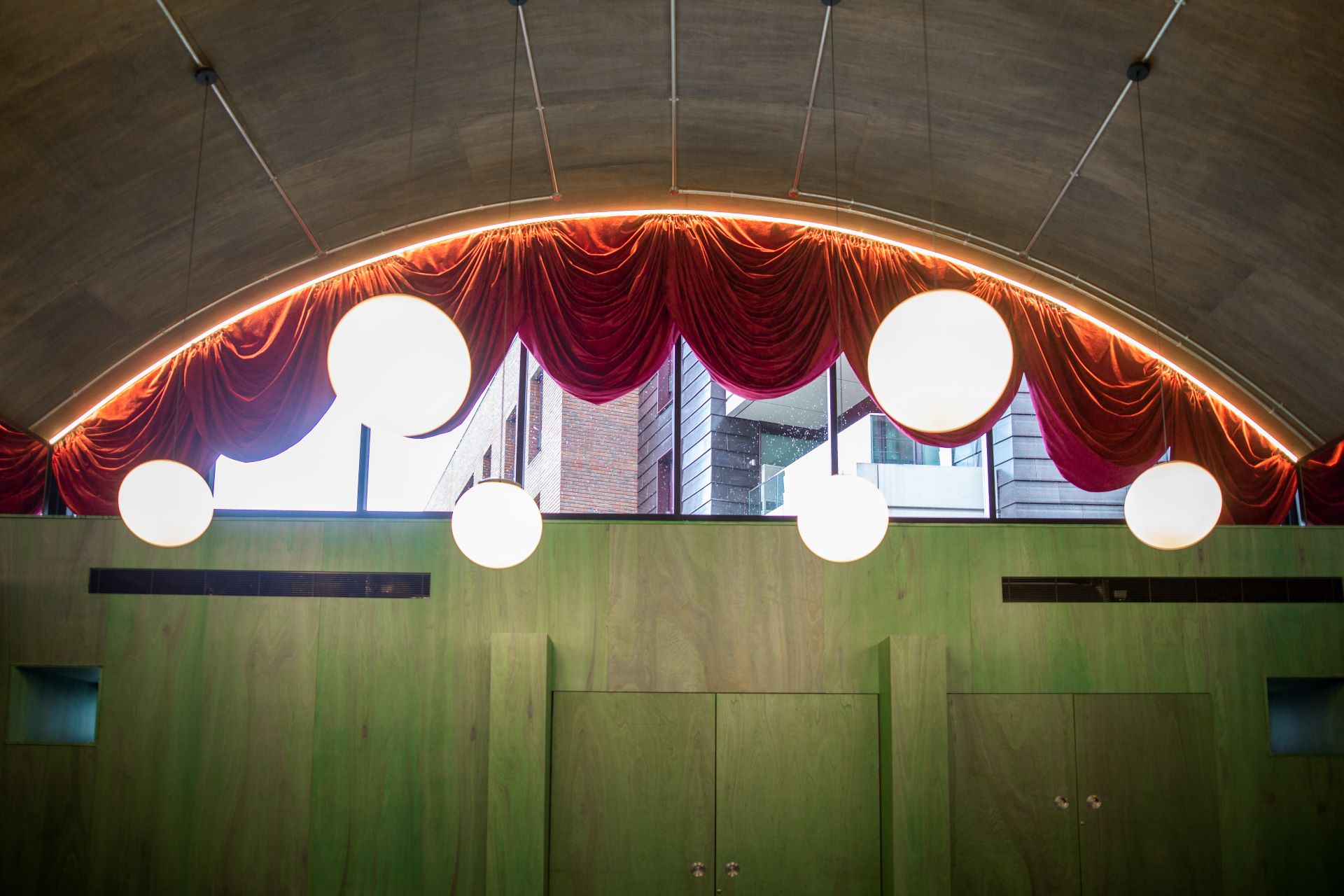 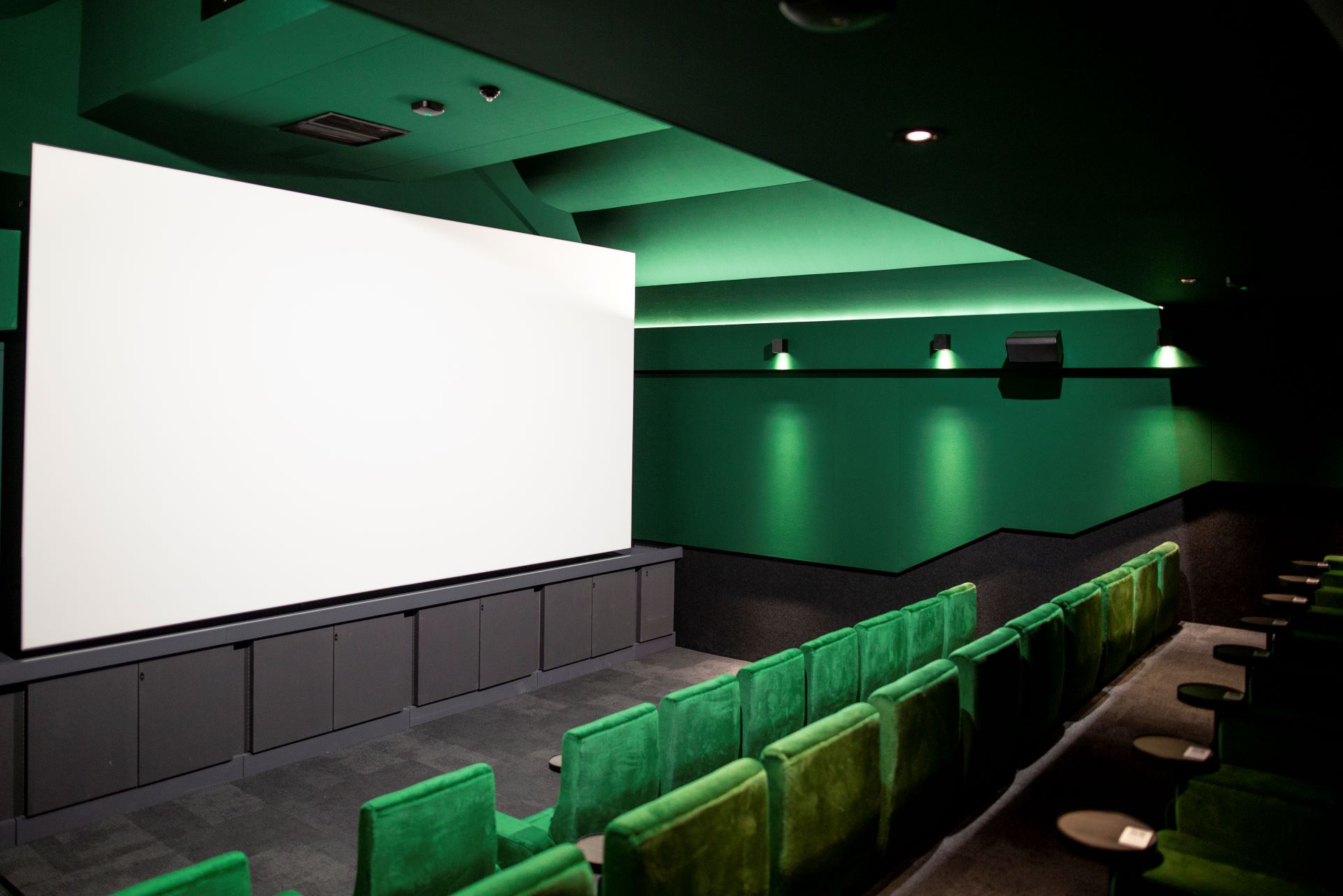 Furness Partnership were approached for this project as experts in retrofits of complex existing structures such as railway arches. The works involved the construction of 5 acoustically isolated cinemas as well as bar and ticket sale space beneath a busy trainline, a space that was otherwise unusable for many industries. The cinema areas were to be designed to be suitable for  comfortable film viewing, undisturbed from the effects of the noise and vibrations from the railway line above which is used frequently for freight trains. Due to the sensitive nature of the railway arch structures, alternative solutions needed to be sought.  Bespoke arched frames were developed and supported on anti-vibration mounts isolated from the structural slab below.  The arched frames then supported layers of dense material in order to provide an acoustically separated environment within the newly constructed frame structures.

The doors opened to the Curzon Cinema in Hawley Wharf, just off Camden High Street in November this year, ready for the Christmas run up. The CEO of Curzon, Philip Knatchbull quoted: “Our intention from the outset was to create a beautiful, peaceful and mature cinema within a location that wouldn’t ever have been associated with a cinema: under a railway in what was formerly an industrial estate. We have achieved this and we are really happy with the final result.” (Curzon Journal web, 2021).