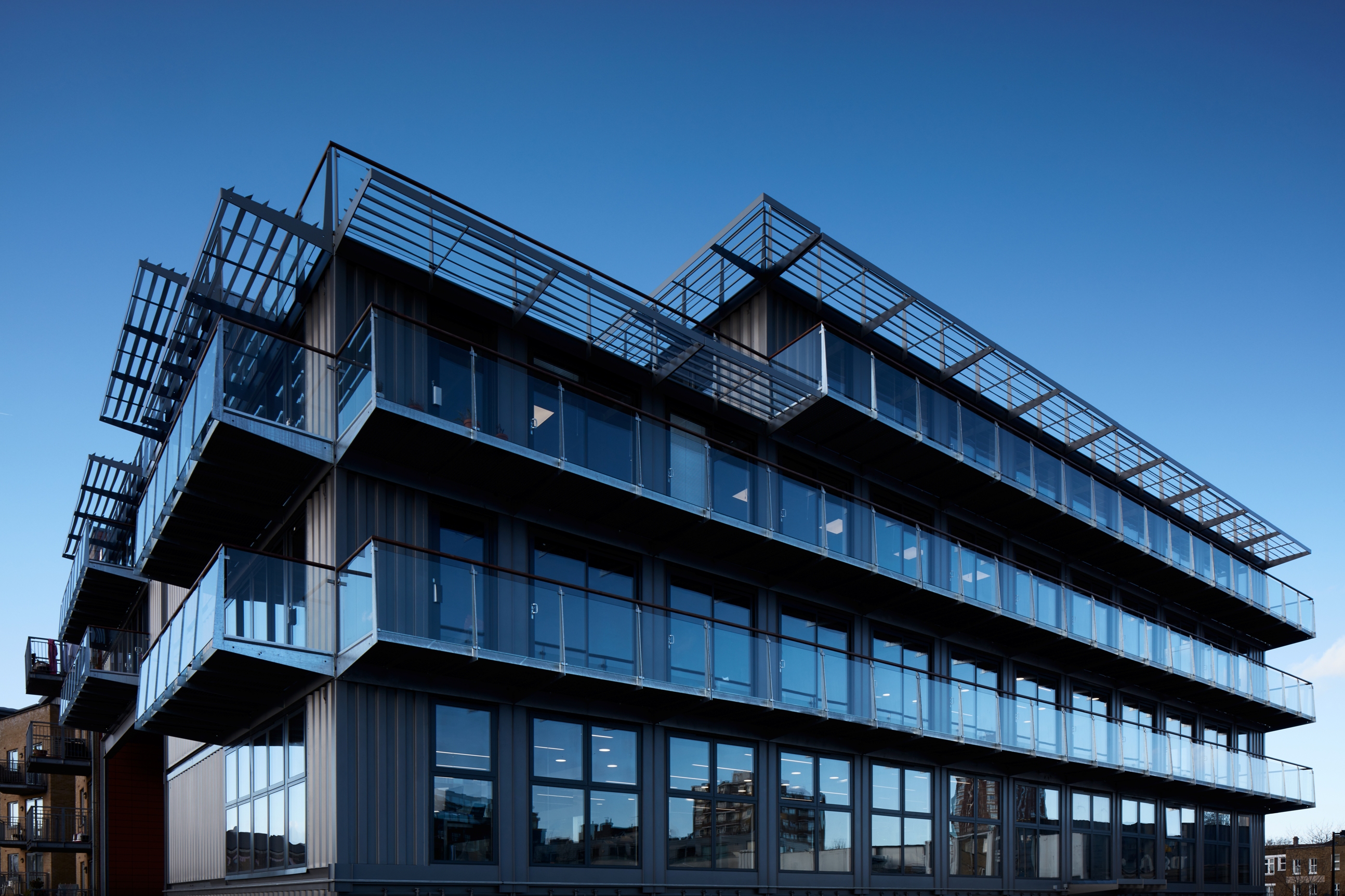 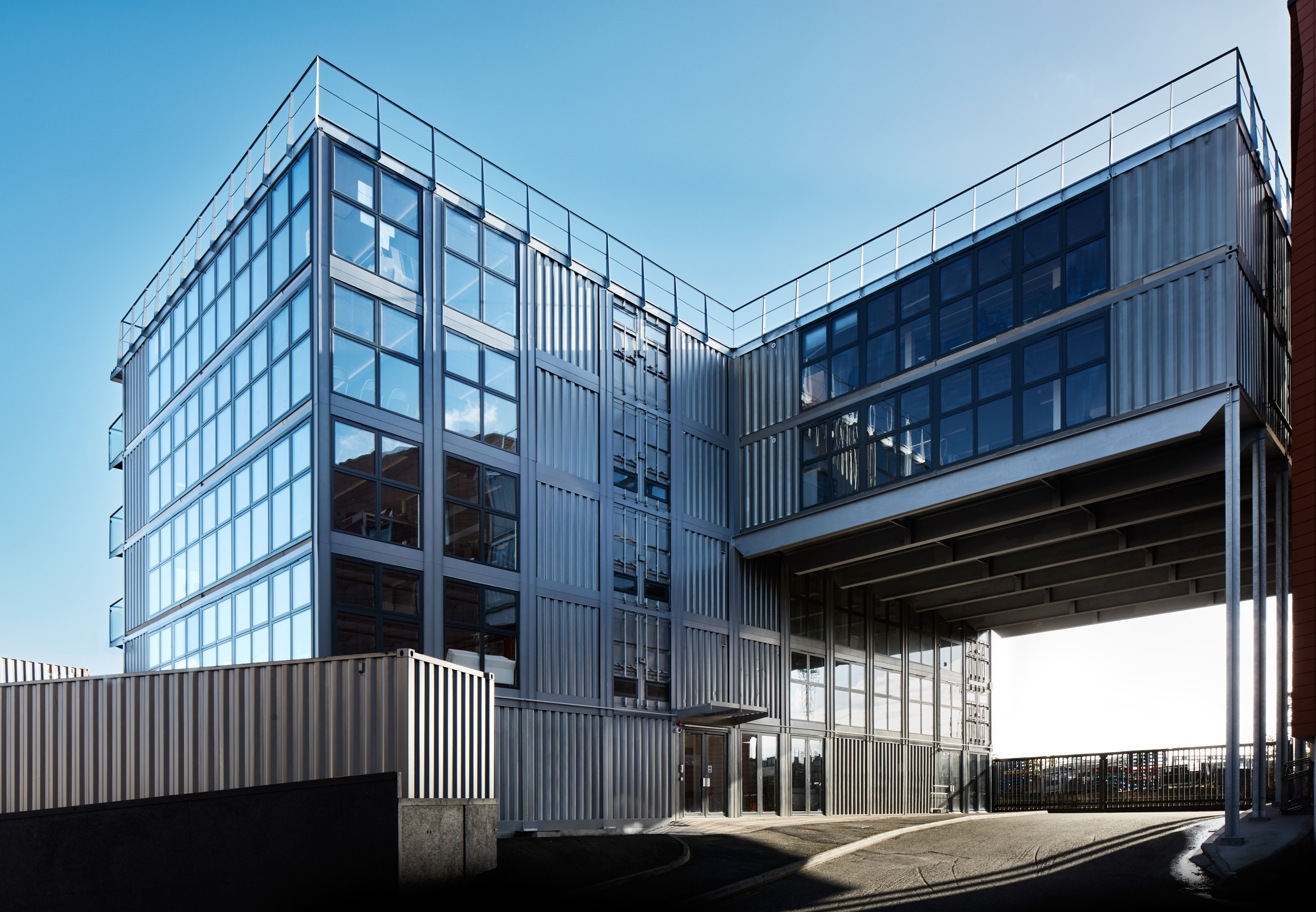 New Roundhouse Administration building designed and built by Container City™ and officially opened in June 2015 won the Best New Place to Work award at the London Planning Awards 2016 and the Best Office Building award at the New London Awards 2016.

Working with Urban Space Management (USM), we have designed the new state of the art building constructed from 72 up-cycled shipping containers glazed on three sides with glass balconies.

The design is sustainable both in construction and operation. It incorporates solar panels on the roof and recycled sections from previous USM projects, including the Olympic Broadcast Studios for London 2012.